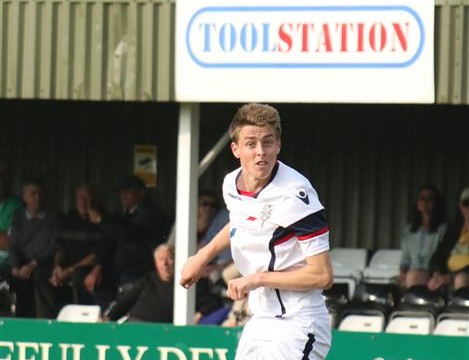 Willand Rovers were knocked out of the FA Vase on Saturday after a 2-0 loss to Plymouth Parkway, although manager Russell Jee admitted the better team won.

Two second half goals were enough to condemn Rovers to defeat against a side who play one level lower on the football pyramid.

Player-manager Jee said that he had no complaints over the result and felt that Parkway did enough to go through.

“It’s just one of those games,” he said. “I said to the boys that we have 40 league games and potentially one Vase game, so you need to turn up for the Vase, otherwise it can be a long old year.

“Parkway didn’t let us play and generally bossed most of the game, which was a bit uncharacteristic for that to happen to us on our own ground.

“It was literally just one of those days where we didn’t turn up and were flat, whereas they did what they did and deservedly won the game.”

Jee admits he is disappointed to be out of the competition but is keen to see his side bounce back quickly. He explained: “I do like the Vase, as it’s a great competition to be in at this level and, the further you go, the more it brings people together.

“We can’t dwell on it, though, and we need to move on to Cadbury Heath next Saturday, where we lick our wounds and go again.

“We need to bounce back and it’s a shame we don’t have a midweek game. We’ll have a good training session, though, and we’ll go again raring to go for Saturday.

“Cadbury have arguably got one of the best strikers in the league in Matt Huxley; any chance he gets, he’ll put away, so we’ll have to be on it against him.

“We’ll play our own way, though and hopefully it will be good enough on the day.”