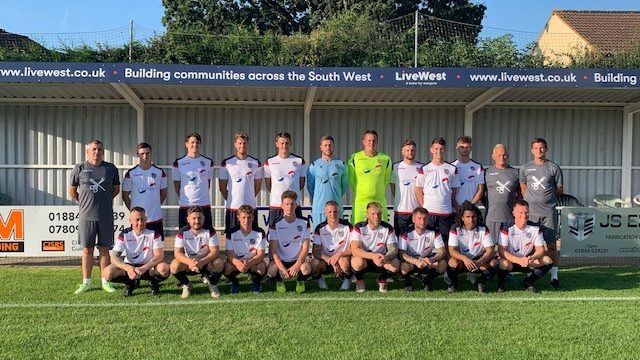 Having caught up with Scott after the players night out he was really pleased the way the team stuck together and secured that all important result. Momentum and confidence are key to any side from our league to the Premiership.

But all successes are built on solid foundations. Three clean sheets in four games shows that Hilly and Clamps are working well together as a pair, that will be tested in this weeks game against Sherborne who scored 7 on Saturday. Sam Alexander in goal with a combination of Jake Wannell, Russ Jee or Dave Hamby at full backs have given the side the platform they have needed to record three wins in four.

Willand had in their squad two new signings, Luke Alden has arrived from Okehampton, he is a fleet footed left winger who likes to take players on. Most pleasing it was his cross that set up the winner on Saturday.

Khalid Badavi has returned to the club after a spell up the M5 at Taunton. Khalid has missed much of the start of the season with a groin strain, he is still not match fit and it will take a few weeks for him to get there.

But what a treat for the Rovers faithful, two flying wingers terrorising the opposition, I am sure Stampy is rubbing his hands with glee at the thought of all those crosses.

Two difficult games coming up. The Vase is special to Scott so he will want everyone up for Saturday. Your support is most welcome please come along and cheer the boys.